Don't Like the Ads? Upgrade your experience to remove the ads for only $20.00 per year.

We need the best of the best to become the top eight teams here at Urgent Fury on Black Ops 2! 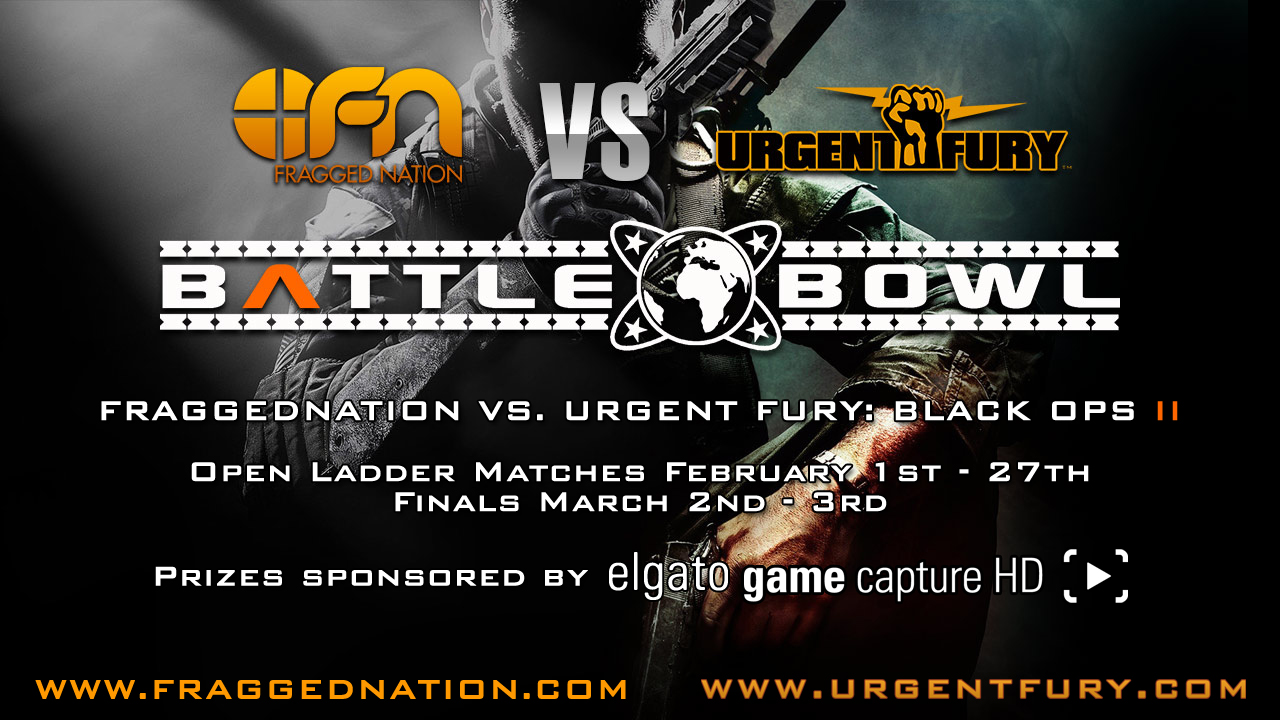 FraggedNation [www.FraggedNation.com] and Urgent Fury [www.urgentfury.com] present "Battle Bowl" sponsored by Elgato [www.elgato.com] . The "Battle Bowl" is a series of tournaments where the top teams from each community will battle for the Championship Title on various multiplayer games. The first "Battle Bowl" will feature Call of Duty Black Ops 2 on PlayStation 3.

The top 8 teams of Urgent Fury will compete against the top 8 teams at FraggedNation to bring the Championship home. The winning team gets the elgatos and brings home the Battle Bowl Trophy to winning Community they represent.

This is the first in a series of Battle Bowl events! Stay tuned for more events soon on other games.


Use coupon code urgentfury to save 10% on your order