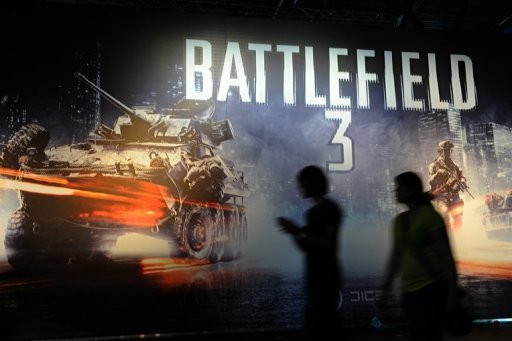 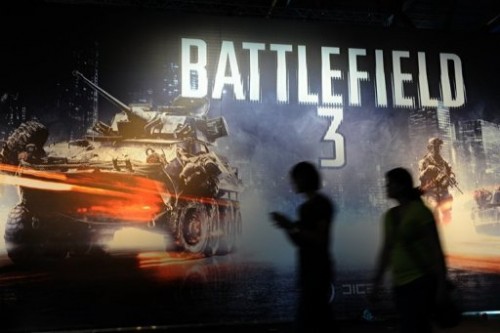 First the Lawsuit, and now This? ~ Iran has banned this video game in all of Iran, which is very popular here in the USA. In the picture above, it shows the US invading Iran. With the latest incident leading to the killings via Drone-airstrike by NATO, this video game is the first of expressions showing the countries unrest with what happened. Battlefield: 3 has been banned in that country because of it’s depictions of US armour and aircraft launching  assaults on and in the city of Tehran, according to an Iranian IT magazine today. 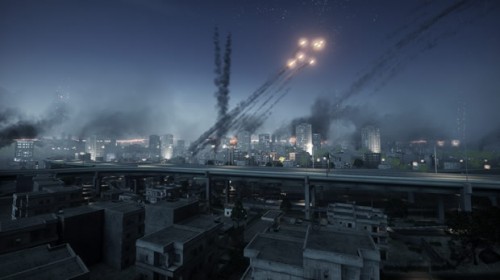 Tehran Highway: A nighttime map where players start off in the hills out side of the city and work their way in. Sounds a lot like Strike At Karkand. The map starts open, but ends “on a much more urban and tight note” with focus on infantry combat.

The game (EA’s current top-selling title), can be played as a solo campaign or as a group mission with up to 24 players online. The Iran scenario sees US forces fighting hostile militia near the Iraq-Iran border then moving on to Tehran under a looming nuclear threat. Intense gunfights are depicted in various military, industrial and urban locations in the capital, including Tehran’s historic Grand Bazaar.

According to EA, 5 million copies of Battlefield: 3 were sold within just ‘one week’ of it hitting the market on October 25, 2011. The game is available on DVD-ROM and as for download from the Internet. EA has no resellers in Iran, but pirated copies of all major videogames and computer software are widely available worldwide. This is the first time an official ban on the game was reported, but some computer store owners said they had declined to stock the game  initially, anticipating a possible crackdown on it.

Iranian police overseeing public places “raided (some shops) and arrested owners for selling the game secretly” even before the ban became public, said by one anonymous store owner who did not want his name mentioned. The Fars news agency said the game had prompted an online protest by a group of Iranian youths. One group said in an online petition, with more than 5,000 signatories so far:

Although Not noted in the petition as far as we know: ‘an Iranian leader in the game outright calls Americans terrorists’, in explaining the source of the struggle in the Launch trailer that I’ve attached to this story below. Whatever the outcome, it looks like this game won’t be accessible or played in that part of the world ever again, but that’s just my take on the given situation. Let us know what YOU THINK, by commenting on this story! Don’t forget to watch the video below:

I'm an Entrepreneur, who created [SÇK] Clan Killas®: Future Soldiers! We're a Seasoned Online Gaming Community on PSN / XBL. We believe that 'Gaming Is a Culture', and We Wear it Proudly! Follow me on Twitter, and even the Clan Killas®: @CritiKiL / @ClanKillas.

I'm an Entrepreneur, who created [SÇK] Clan Killas®: Future Soldiers! We're a Seasoned Online Gaming Community on PSN / XBL. We believe that 'Gaming Is a Culture', and We Wear it Proudly! Follow me on Twitter, and even the Clan Killas®: @CritiKiL / @ClanKillas. View all posts by CritiKiL