Welcome to our first blog post from Urgent Fury headquarters. We are going to use this blog to keep the community informed on what we are working on here. We will occasionally post up some reviews or opinion pieces but mainly it will be Urgent Fury updates.

When Urgent Fury started back in the Socom days, it was an exclusive invite only community. First you had to run into and play with a clan that was already a member and then you would be invited to go through a selection process called Hell Week.

The landscape changed over the years and instead of an exclusive community, we made it a bit easier to be a part of the community. However to this day the Scenario based TacMap events continue to be by invitation only. There are several reasons for this including limited entries and clans will invest their time and attention into them knowing they are part of an event with such limited access. 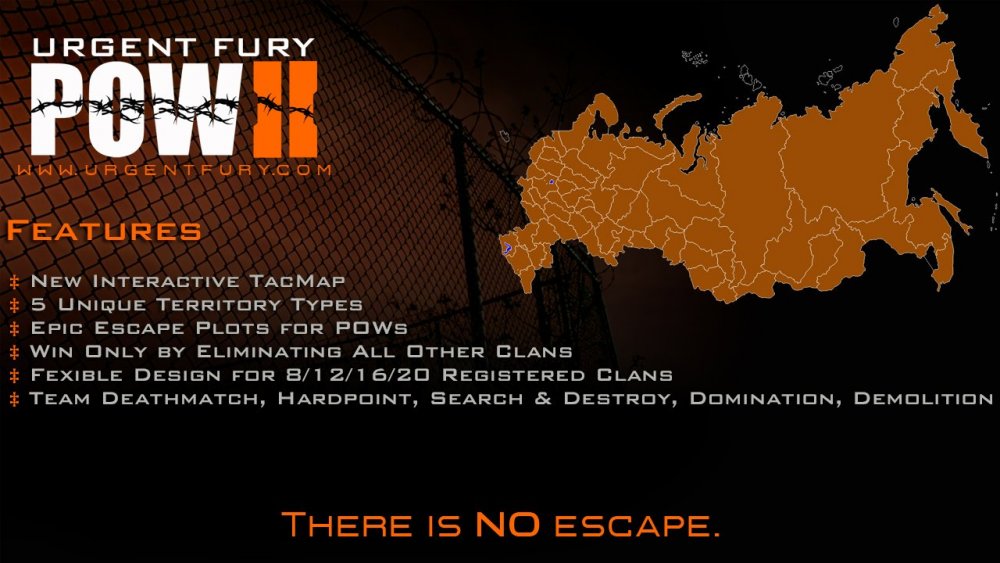 The brain child of original creators @TOW-19 and @SNIPER the Scenario Based TacMap Tournament took clan battles and leagues to a new experience. Suddenly you found your clan having to decide which clan was the best to attack and prepare for defending.

Our last TacMap was POW II for Black Ops II, the second iteration of Prisoners of War adding another layer on top of the TacMap. Not only did you attack and defend, if certain parameters were met in a match, you could capture a POW from your opponent and take them out of the event.

Every TacMap Tournament is unique to the game and story. The maps and modes each have a purpose, there are unique twists and turns in each event.

Our next TacMap in development will be for America's Army Proving Grounds on PlayStation 4. In November we started our selection league called Urgent Fury Boot Camp. While our first season only garnered 9 clans, Season 2 has proven to us that there is a  competitive community strong enough to sustain a 13 week TacMap.

Yes 13 weeks, and in reality they have gone much longer than that. We proudly share our experience in a TacMap that had to be ended after over 30 weeks because we could not be eliminated out of our last territory. The staff tried everything, the other two clans tried everything, but we would not give up. So the stalemate formula was added to bring the event to an end and finding the final champion.

What will the next TacMap have in store? You will just have to wait and see... We will be announcing very soon and remember TacMaps are an invitational only event. To be considered you must have completed a Season of UF Boot Camp with out withdrawing or being removed. Winners of each Season are guaranteed entry as long as they live up to our motto "Win with Honor, Lose with Dignity".

Military including Active, Reserve, Veteran and Dependents get 50% off of our Spec Ops Premium Experience