The longest running franchise in Playstation history is back! After a huge announcement at E3 2010 Twisted Metal has been on everybody’s radar and wish list since then but does it live up to the franchises name? Will it satisfy your “Sweet Tooth?” Read on to find out!

The longest running franchise in Playstation history is back! After a huge announcement at E3 2010 Twisted Metal has been on everybody’s radar and wish list since then but does it live up to the franchises name? Will it satisfy your “Sweet Tooth?” Read on to find out! 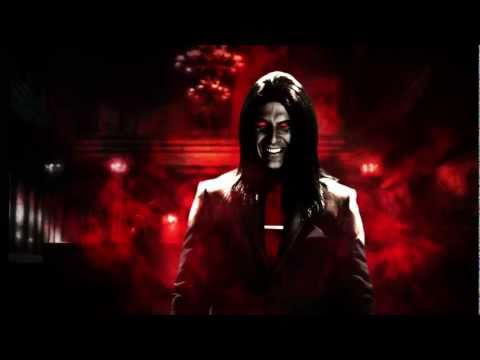 Your wish is granted!

The Twisted Metal is greatly knows for its crazy characters and ridiculous (or in TM Black’s case dark) endings and has never disappointed with them and have always been in great quantity. They did it a bit differently in this game though. Instead of the usual pluthera of characters there are only three. Sweet Tooth, Mr.Grimm, and Doll Face. Instead of being able to pick whichever character you’d like it goes in that order. To make up for it though you can choose whatever vehicle you want in each level and unlocked more and more as you progressed in the game (Sweet Tooth’s icecream truck is still my favorite though). In each level you can choose three vehicles and if one is low on health you can run to a garage and change (or find Calypso’s mobile health truck to completely restore your health). Also instead of the usual carton cutscenes they are all in live action. One of my favorite additions.
The biggest change in Twisted Metal’s single player is complete destructibility. All but the largest of buildings you can completely demolish by running through them. Nuking the Statue of Liberty was an awesome moment and something I never thought I’d do in a game. Like I said earlier you have to play the characters in a certain order and each characters levels are harder than the last. I don’t mind some difficulty but there’s a fine line between difficult and throwing your controller across the room and breaking it (one level made me do it and I don’t ever rage!). Bottom line the singeplayer had a lot of good parts but it didn’t have the heart of the last games. 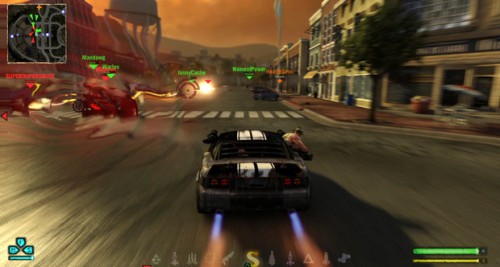 This is where this game really shines. The online area in Twisted Metal has already shown massive potential. I don’t think this multiplayer will be the type people play for around a week then go to (insert mainstream shooter here). After the patch shortly after launch has fixed almost all network issues so you should have no trouble getting into a match. The AI in single player are fun to face but it’s even better going up against your friends and fellow Twisted Metal fans. The multiplayer has a nice set of game modes set across raked and non ranked matches this multiplayer will prove its worth within minutes of play.

Earning experience also unlocks special rewards in ranked matches, such as unlocking new cars, sidearms, and skin packs. And if you play enough you can even unlock augmented techniques to employ in the match.
When it comes to Twisted Metal I have few complaints but the controls throw you a steep learning curve because of how different they are from any other car combat game. The lock on system is also frustrating when you are in a high speed chase and it picks the wrong target by clicking the L3 button this causes a target switch which helps but it costs you valuable seconds in a battle. Also the faster cars like Crimson Fury and Reaper will not survive long in a multiplayer match. Even though they have super speed they have next to no armor. You may be able to keep them alive for a awhile but death comes quickly to these weaker vehicles.

Bottom Line:
Just like its predecessor 15 years ago Twisted Metal gives gamers fast paced crazy action that any gamer will have a blast with. It has an enjoyable singleplayer and incredible multiplayer. It only falters with its story telling, and annoying lock on system. Any game that lets you turn an ice cream truck into a giant ass kicking robot deserves some respect.
8.5/10

It’s been a long road in the development of Urgent Frequency Television, but the hard work has paid off…

In Episode 9, Jack “UK” Dellhouse gives you the fist look at LightBox Interactive’s StarHawk, Tim Cox comes back with part two of his Infamous 2 Trophy hunt in NewbTube and then we shed some light on Twisted Metal. We also have a special Bullet Points you don’t want to miss.

Remember once you log in to PlayStation Home, all you have to do is scroll down on the featured spaces and the Community Theater is at the bottom. And this week while you are there, you can pick up a gift from PlayStation Home in honor of the millions of Zombies killed in the Dead Island promotion over the past few weeks.

You can catch past episodes by visiting www.blip.tv/ufreqtv or just watch below: 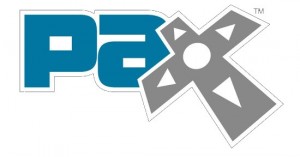 SEATTLE – June 28, 2011 – David Jaffe, of Twisted Metal and God of War fame, will kick off three days of demos, speakers, competitions and concerts by some of the biggest names in gaming.

The panel discussions at the festival will take attendees through an exploration of the good, the bad and the quirky aspects of gamer culture guided by some of the biggest names in gaming.

Fans will also see some of the hottest new games from more than a hundred exhibitors including video game companies like 2K Games, Activision, Bioware, Capcom, NCsoft and Turbine as well as table top/CCG power houses such as Wizards of the Coast and Privateer Press.  Microsoft is hosting Halo Fest – the largest and most expansive live Halo experience anyone has ever seen – at the third floor annex of the Washington State Conference Center.

PAX Prime is also bringing back the ever popular nightly concerts.  The full list of acts this year includes some of the hottest acts in the geek culture music scene including:

PAX Prime is scheduled at the Seattle Convention Center on August 26 – 28.  Passes are completely sold out.